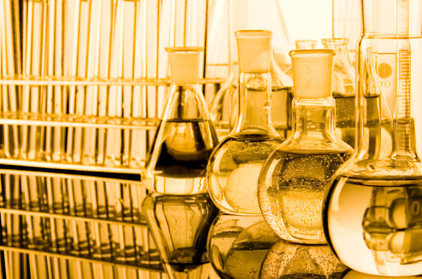 Deionized (or “DI”) water is an indispensable staple in chemistry and biology laboratories, and Phil Hegge, responsible for providing DI water to several research laboratories, was running dry.

Hegge is Facilities Director at a large biotechnology research center owned by the Michigan State University (MSU) Foundation. Located just off the MSU campus in Lansing, Michigan, the center houses MBI, an organization that helps to move early biotechnology innovations through the startup phase and into commercial applications.

Participating researchers at MBI receive services and resources, including the use of several bench-scale laboratories. Each lab taps DI water produced by the building’s central water deionization and filtration system. This works well except when the labs use DI water faster than the water deionization system can replace it. When this happens, the storage tank can run dry. In the laboratories, the impact of this shortage varies; it’s an inconvenience to some, but to researchers far along in a protracted experiment it can be a major problem.

Hegge knew that installing a larger capacity water deionization system and storage tank would solve the problem, but he also knew that this costly and labor-intensive solution wasn’t likely to occur soon. In the interim, Hegge thought that researchers could benefit simply by knowing how much DI water was available in the tank at any given time. With a quick check of the water level in the storage tank, a researcher could know if there was enough DI water to complete an experiment, or if the experiment should be rescheduled.

Hegge wanted to make checking the water level as easy as possible, and he found a way to do this when local Opto 22 distributor OptoSolutions showed him the groov mobile HMI system. The facility had recently undergone a major retrofit that replaced the original pneumatic HVAC controls with precise electronic ones wired to Opto 22 I/O and controllers. With groov, Hegge could create web-browser-based interface screens to monitor and control these systems from almost any mobile device.

Hegge bought a groov Box hardware appliance and created a simple display to show the current tank level. “To check the tank,” says Hegge, “researchers use their phone, a tablet, or a laptop. It’s just like they’re going to a website.”

Now Hegge is expanding the groov interface to monitor and control HVAC, lighting, and other building systems. “I’ve completed a variety of projects over the past twenty years thanks to the flexibility of Opto 22 products,” says Hegge. “groov is another Opto product that’s going to make a lot of projects easier.”

Printable version of this case study